Last weekend, we were invited by LG for an overnight stay at the Astoria Plaza for a Full LED 3D TV experience. 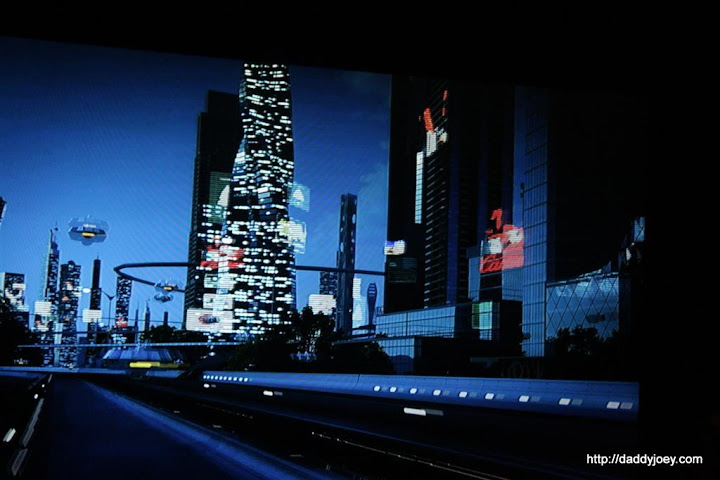 TheLG Infinia LX9500 is the world’s first FULL LED Slim TV featuring a full matrix of LED panels that are independently back lit. Unlike most edge lit LED TVs, the Infinia can light up the whole tv screen – offering the most uniform brightness, a spectacular contrast ratio and breathtaking colours. 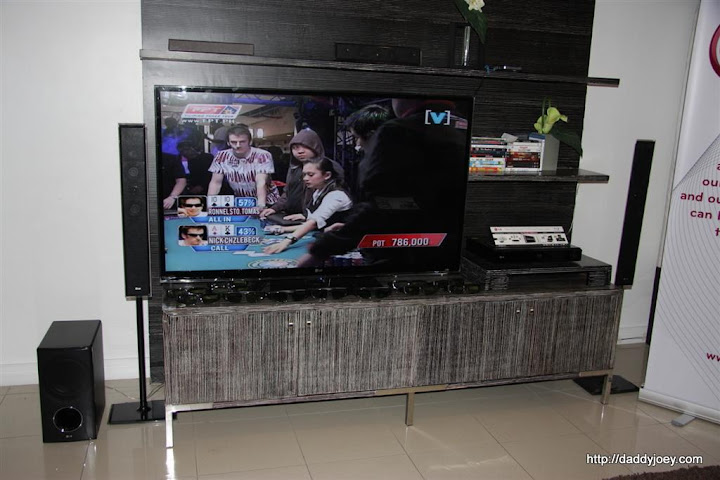 The Infinia LX9500 also features Borderless Design, using only a single glass layer stretching seamlessly from edge to edge and 16mm (0.63inch) bezels allowing you to enjoy your picture more with less frame. At 22.3mm thin (.877 in), the Infinia is also slim enough to hang on your wall. 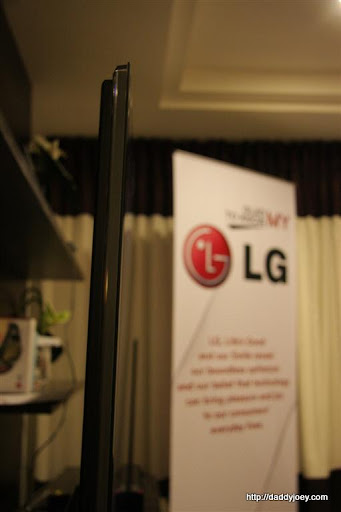 Aside from its sleek build and  Full LED Slim feature, the Cinematic 3D experience was awesome. Sadly though, there were only 3D clips for demos, it could have been better if they had 3D movies available.

The Infinia also comes with a wireless AV box so you can hook up your game consoles and other accessories wirelessly.

You can also purchase a proprietary Wi-Fi dongle to take advantage of its built-in internet apps like YouTube, Picasa and Accuweather.

The LG Infinia 55LX9500 is available for Php269,990 and comes with a Blu-Ray player and two 3D glasses. There’s an ongoing promo where you can receive two more additional 3D glasses when placing a reservation (additional glasses costs Php6,000 each).

More photos can be found here.

Get satellite tv to watch all your favorite shows.

LG and Netflix Team Up For The Ultimate...