A few weeks back after the official Philippine launch of the Motorola X, we got to try the Motorola X, the flagship model of Motorola. Soon, they will be launching more units here locally and their goal is to simultaneously launch with other countries. For less than 20,000 pesos (priced at Php 16,999), this phone is set to get back their following locally. 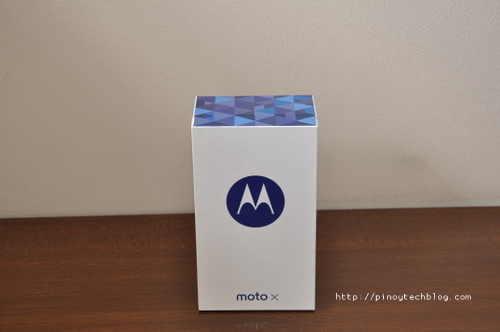 First Impressions
The phone looks solid and premium. It has a slight curve at the back which reminded me of the LG G3 and G4. The matte rubber back cover cannot be detached though so let’s just  hope that when time comes, it won’t be sticky. If you are accustomed to huge phones like me, you will find it a bit uncomfortable to hold just because this is smaller in size and there is a fear of accidentally dropping it. That is quite subjective though. Other than that, overall, it looks great and feels great touching the materials used on this phone. 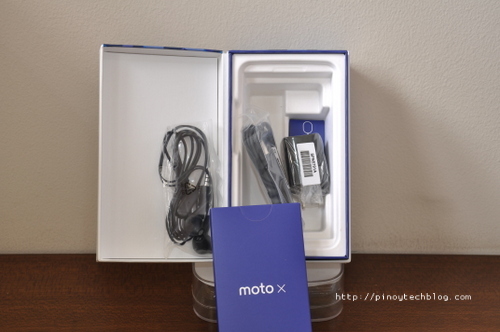 The power button is located on the upper right side of the device. It’s comfortable to press and easy to reach as this has only 5.2″ screen. Holding the phone, you can easily unlock it using one hand, as well as control the volume or press the power button. You can almost touch any part of the screen with just using one hand. The power button has ridges that easily differentiates itself from the smooth volume rocker which is located below it. No other physical buttons other than those two exists. To make the phone smaller, Motorola placed the soft buttons on screen (compared to how Samsung usually does it via capacitive touch buttons). 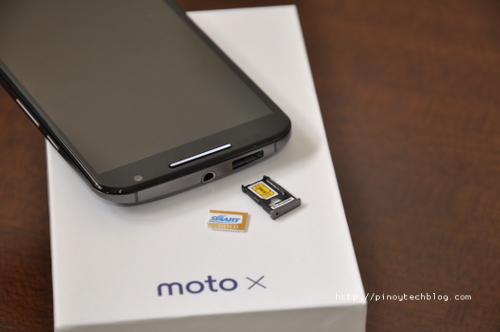 Performance
According to Antutu tests, the Motorola X scored 45,545 and basing it on the ranking table, it ranks better than the HTC One M8 and the new Xiaomi MI4. Not far from it is the Asus Zenfone 2 which got around 46,621. But as I always say, these scores cannot beat the actual experience. Using it for more than 2 weeks already, I’ve used it as my second phone to cover events, do web browsing, entertain myself by watching movies and listening to music, and do social media stuff. In terms of lag, I only experienced it once. That is when I was doing one of the Antutu tests which I expect because it’s already stressing out the device. That’s great news because I almost filled up the memory by installing a lot of apps and putting in a lot of movies just to somehow try to emulate the feeling of a phone used for a longer time already. It worked great!

Below are more results from other benchmarking tools: 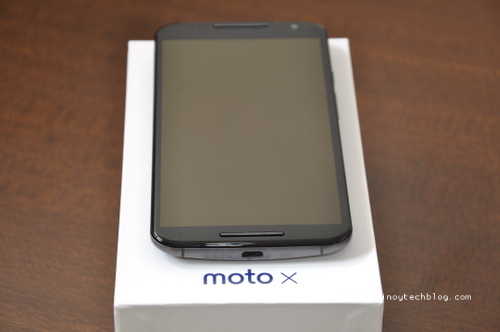 Watching movie was enjoyable. It has 2 stereo speakers up front which delivers clear and loud audio. This is one of the many positive aspects of this unit. Same goes with listening to music. I don’t have to bother bringing with me a portable speaker anymore because the sound is good enough for personal consumption.

Photo / Video
As mentioned, I tried using it to cover events. This made me realize one thing. It’s hard when you are already used to wide angle lenses like what iPhone 6 Plus has. Using Motorola X’s camera, it felt more zoomed in than the usual. I had to walk back a few steps from what used to be “œalready ok” in framing my subject. Image quality wise, the 13 Megapixel camera works fine but is not the best. Images are okay but it struggles with low light. 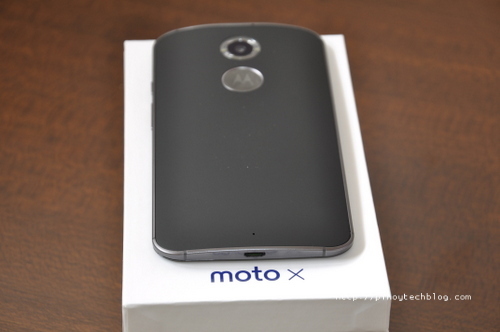 The 4K capable video quality is great! It just needs a second or two to refocus when you move it around. The front camera is not far from quality as well as it can also record 1080p videos. Do check out the actual samples from the phone: 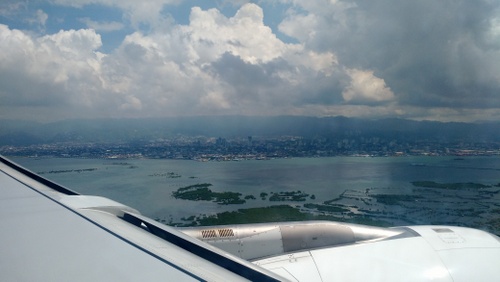 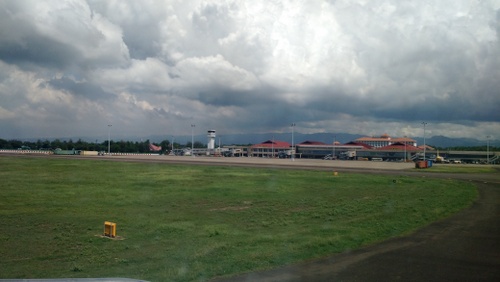 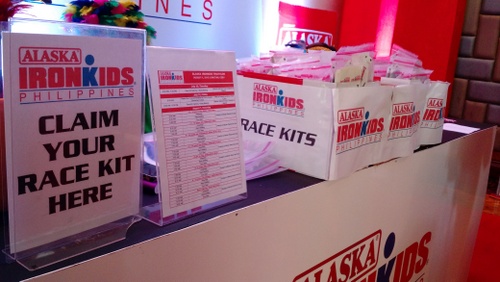 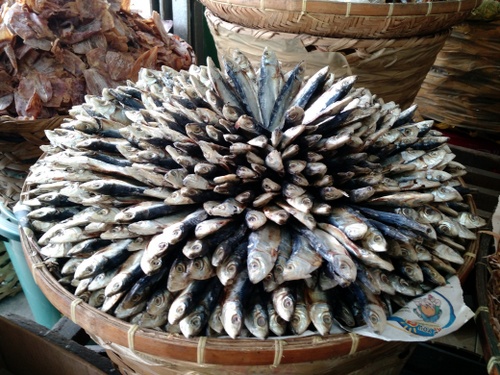 Battery, Features, and Specs
One of the downsides of this phone is the 2,300mAh battery capacity. Using it to cover a live sporting event that lasts for hours, I had to charge several times via my power bank but that is actually not something I would be surprised on. When I used it normally for calls and SMS but without data connection, battery lasted enough for a day. Again, this is quite subjective but my goal here was to just give you a real world scenario.

Motorola made special features for their device. They added Motorola Migrate, which makes transfer from iPhone or Android to your new Motorola easier. It transfers stuff like phone book, messages, call logs, etc. It also has Motorola assist which intuitively adjust some settings depending when you are driving, sleeping, at home, or in a meeting. It can also accept gesture commands. One of my favorites is the inward shaking of the device. Do that twice and you activate the camera even when the phone is locked. Do it again twice and the rear camera will transition to the front camera for instant selfies. The last two are the voice command, which is also present in other devices (but for this, there are specific commands you can do even without internet access as long as the command is doable by a native app in your device, like taking a photo). Last but not the least is the intelligent display. I call it such because although it may not seem much, it was one of the best features that I appreciated in this device. Once you charge or simply put it down somewhere, you can, without touching the device or any buttons of it, activate the display which displays the clock. I find it useful because when I’m sleeping and I want to check the time, I won’t need to fumble around my bedside table looking for my phone then looking for a button to press just to check the time. 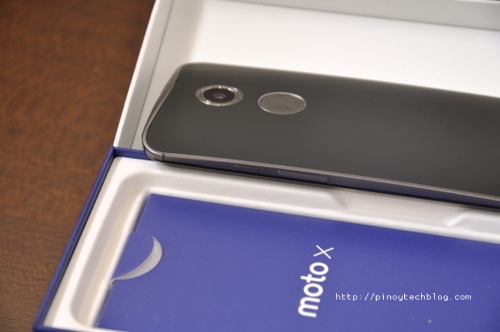 The Motorola X competes with the likes of the Samsung S5, HTC One M8, and LG G3. Although launched last year, this is was just launched locally this year, officially. It was already available here in the Philippines via grey market way back. Another winner is the pricing. Costing just around 16,999, it’s cheaper than other branded flagship phones and knowing Motorola, I’m sure there’s also a good number of followers following that brand. I personally used Motorola before, specifically the Razr and Motorola may really be making a come back here in the Philippines as they attempt to synchronise the launch of the new Motorola models with the rest of the world here in the Philippines. Check out the specs of the Motorola X (2nd Gen): 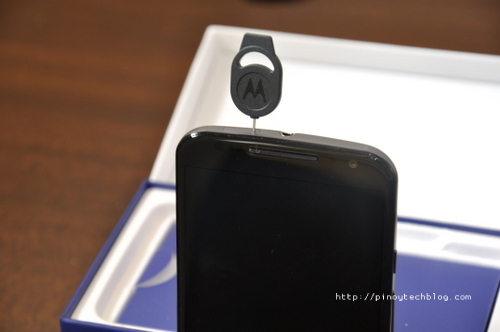 Conclusion
A solid phone from a solid brand, this phone, although a bit late with the Philippine release doesn’t lag behind much from the competitors. It still is relevant and fun to use, as well as a powerful device overall. Convenient in many ways as Motorola made some special features only available to their devices like the Motorola Migrate and the voice command which do not require an internet connection PLUS the gesture commands which lets me easily see the time at night. Impressive video quality and nice enough photos to make bringing a powerbank justifiable. It might have been better if they made the battery user replaceable but that might make the entire device thicker. It’s a good trade off if you ask me. For the size, it was not the best for me but most people prefer smaller sized  smartphones anyway. To each his own as they say but still, it’s a good buy if your needs match what this device can do for a good price considering that it is a flagship.