Every mobile phone seems to be going big nowadays. While we still love our 4.5-inch (or less) screen sizes, there is no denying that sometimes, there is more that can be accomplished with bigger devices with bigger storage; and do more with creative and productivity options, not to mention enjoy better connectivity for content consumption and sharing. 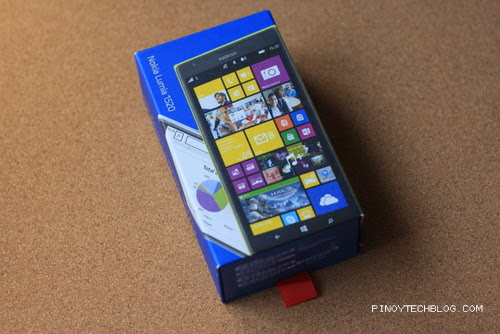 And so amidst the race to offer bigger dimensions, more features, and better computing power comes the Nokia Lumia 1520, the flagship model from the Finnish phone company recently acquired by Microsoft. Running on Windows Phone 8 and just a few Nokia applications, there is much that this device can offer to creative types and productivity ninjas. But first, let’s get down to the basics. 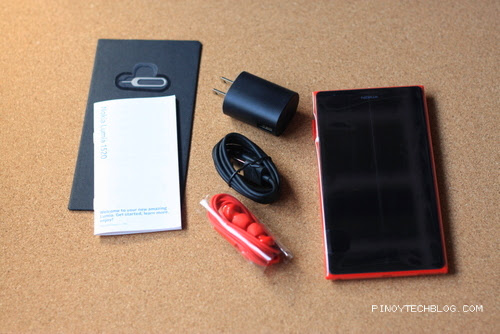 A quintessential “œphablet”, it sports a 6-inch display and dimensions of 85.4mm, 8.7mm, and 162.8 mm. At its size, it may feel a little awkward making calls on such a huge device; but then again, we have been used to the idea of using tablets as phones for a long time now.

Of course, it has the body has the signature Nokia form factor””the monoblock touch that comes in four colours options: white, yellow, black, and red.  Yes, the casing is plastic, albeit a rather smooth glossy one.

If you love taking photos, consider this phablet’s camera as one of your best bets. The 1520’s primary camera packs a 20MP PureView imaging technology, which allows for capturing crystal clear images and recording high-definition videos. We are talking about full-HD 1920 x 1080p, 30 fps frame rate, and 3x video zoom. For still images, the camera has a 1 /2.5-inch sensor; f/2.4 aperture, and dual LED flash.

On the other hand, the secondary camera works with a 1280 x 960 pixel resolution and HD 1.2 MP wide angle image capture and video recording. Not bad, if you enjoy taking selfies. 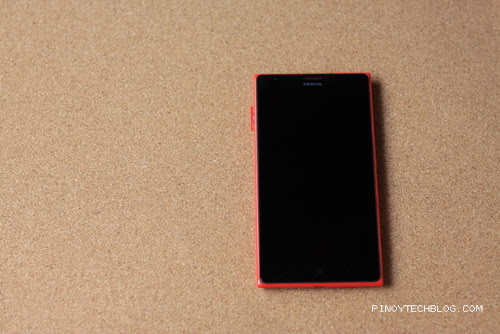 The Lumia 1520 operates on Windows Phone 8 matched with a Black OS platform, which enables Nokia to merge its own applications into the system. Windows Phone 8 just about tops competitors in the productivity arena, first with its host of standard personal management applications (e.g., calendar, to-do lists, phonebook, etc.); but match it with the much sought after productivity apps, and you’re on your way to working on that document, presentation, or worksheet in a heartbeat. 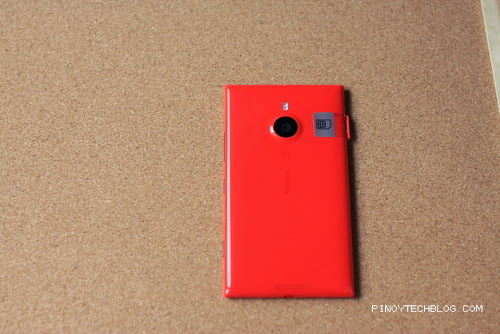 The availability of Office application is perhaps the best reason to opt for Windows Phone, which works nearly seamlessly with any Windows PC (yes, even the soon-to-be unsupported XP).  The native platform supports typical Microsoft Office content, PDF, and the most common audio and video formats. 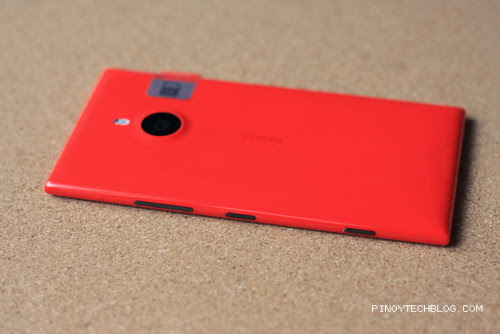 Nokia embeds its own host of applications that more or less target the drive for creative outputs and, of course, sharing. Starting with the Storyteller, Nokia allows end-users to build “œstories” by adding context to photos, such as identifying where on the Here map a picture was taken, as well as organises your photos and videos by location or event. Moreover, one has the option to caption each photo.

The Creative Studio works like an image capture and editing in one, thus there is no need to download third-party applications to capture and edit photos. Take a photo, add your creative touch, save, and share via supported social networking platforms. 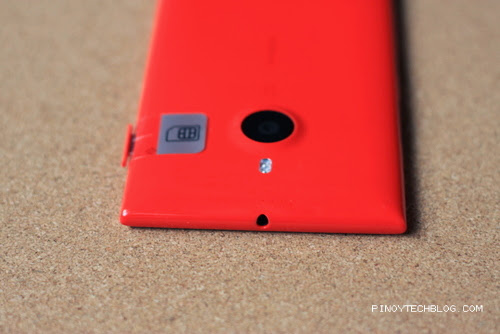 Considered a workhorse, the Lumia 1520 is powered by Qualcomm Snapdragon 800 / Quad-core 2.2 GHz with 2GB of RAM. Power-wise, there is nothing much else to be asked, as with this much processing power, multi-tasking, gaming, and media consumption are done quick and easy.

And with such computing capacity, its BV-4BW battery with  3400 mAh capacity promises maximum talk time at 25 hours; music playback at 124 hours; video playback at 10.8 hours; Wi-Fi browsing at 13.6 hours and a whopping 32 days standby time. On the average, the Nokia 1520 manages to squeeze two days of heavy usage. 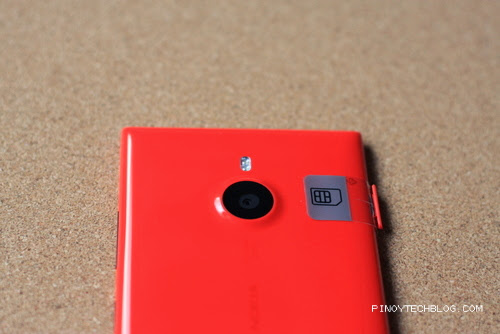 Even with a very decent power source, this variant of the Lumia line is also designed to consume power efficiently by activating its energy-saving features, such as automatic screen brightness adjustment, battery saver, or using the energy efficient charger.

It is important to note, however, that the 1520’s battery, which also features a built-in wireless charger, is not removable. 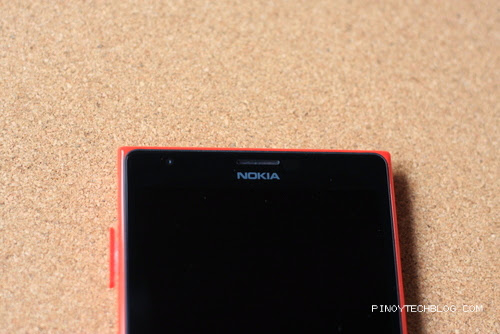 It is unsurprising that the Lumia 1520 is LTE/4G capable with up to 150 MBps of cell data capacity. Plug in a nano SIM and get an LTE connection, and you’re good to go. On the wireless connectivity side, it supports WLAN IEEE 802.11 a/b/g/n/ac. The rest of its connectivity feature is Bluetooth 4.0.

The in-device memory card has room for 29 gigabytes of space. And if that much storage is not enough, there is still room for extending memory up to 64 gigabytes via microSD. Additionally, if one has a Microsoft account, then it is best to take advantage of using up to 7 gigabytes of free cloud storage via SkyDrive. 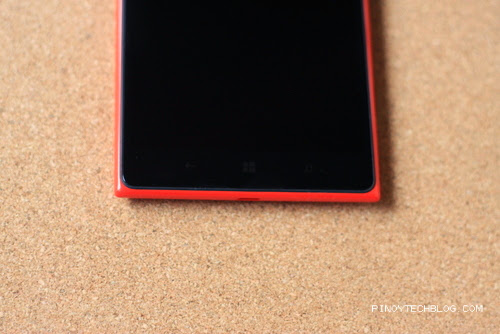 The Nokia Lumia 1520 is a choc-full of hardware and software features.  With a host of tools to support productivity and creative outputs, matched with top-of-the-line computing power and extensive battery life, it currently represents what the combined Finnish and Seattle companies the best they could offer in mobile communication and computing. 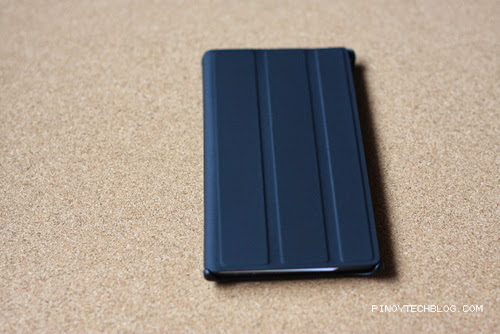 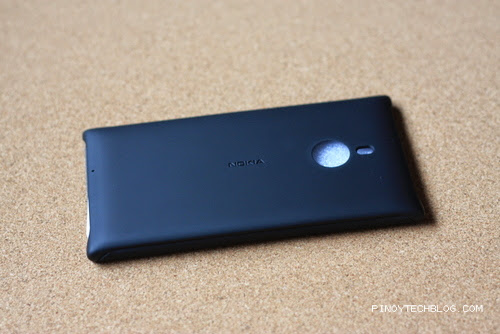 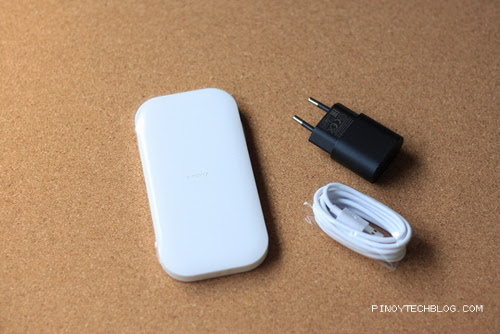 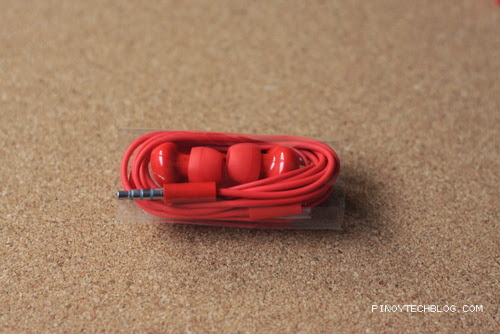 Some clips taken by the Nokia 1520

Nokia 7.2 arrives in the Philippines, priced

Nokia 7 Plus teased ahead of India Launch