Fujitsu brings MeeGo to their netbooks

Fujitsu gave us a look at its MeeGo powered netbook, the Fujitsu LifeBook MH330 during its product launch held recently. 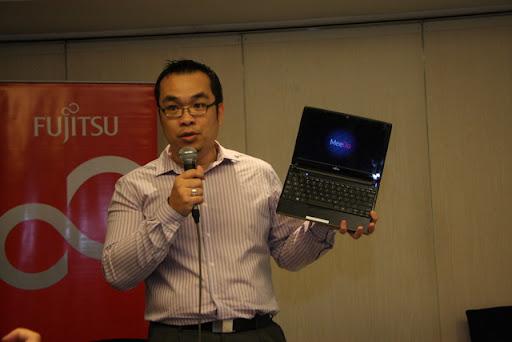 MeeGo is a new OS supported by Linux and created by Intel and Nokia. Although I have already heard about MeeGo before, this is actually my first time to have a look at its interface.

Being and open-source OS, MeeGo is highly customizable.  Aside from netbooks, MeeGo also supports mobile phones and other devices.

For updates, MeeGo has its own apps store called Garage.

MeeGo is plainly Intel and Nokia’s take on the Android and iOS. But considering the market share of these two, MeeGo has a long way to go. And what is Fujitsu doing with MeeGo? I think it’s a way for them to bring down their cost by doing away with Windows.

5 reasons why I would start using Internet Explorer 9

Unboxing the iPad 2 plus the Smart Cover

Nokia N9 Review, the last of its kind